Who can say how we’ll react during a crisis? We all want to believe that, when the moment comes, we’ll step up. We’ll perform admirably and be a credit to our friends, family, and ourselves. Some people dream of a situation* where they’re the only one who knows what to do and saves the day. 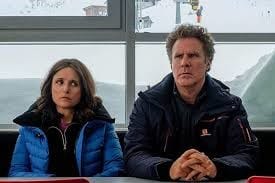 More often, things just happen. For example, back in January of 2014, Lauren Prezioso and her family took a day to relax at their local beach in Coffs Harbour, Australia. She heard screams. A mother was panicking and yelling for help as her two boys were being swept out by the tide. Lauren was among one hundred other people at the beach. She waited for someone to do something. Nobody did. So, Lauren hustled into the water and grabbed the boys, then all three were hauled out by a helpful bystander.

It bears mentioning that she did all this while she was eight months pregnant.

Later on, Lauren downplayed her actions. She said, “I don’t think it’s a brave mum thing, I think anyone could have done it, anyone would have done the same.” Perhaps, but the fact remains that when the moment came and one hundred people could have done something, two actually did.

Does it mean that the other 98 people are cowards, fit only to be horsewhipped and mercilessly shunned? No, and I’d be willing to bet most, if not all, of those people had other moments in their lives where they did the right thing. The fact remains that action reveals character, but can a single moment reveal the truth of a person? Perhaps, and the new black comedy Downhill examines what happens in those moments when a person is tested and left wanting.

Do Billie (Julia Louis-Dreyfus) and Pete (Will Ferrell) want to learn a painful truth about their marriage? They do not. The plan is to take their young sons on a skiing vacation in the Austrian Alps. We get the sense that Pete is the kind of guy that doesn’t sweat the details, considering the resort they travel to has no kids, yet another resort located a mere twenty minutes away is a family-friendly wonderland. 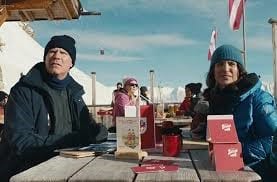 Surrounded by the towering majesty of the Alps, Pete is glued to his phone. It’s clear that he’s checked out, and the (fairly) recent death of his father might have something to do with it. Billie puts up with his flakiness, his need to repeatedly mention his father’s death, and more. She loves him, but she’s also exhausted.

They won’t have time to relax much. While they’re having lunch on an outdoor deck at the resort, a controlled avalanche takes place. What actually happens is the avalanche kicks up an impressive powder cloud. It knocks over a few tables, covers everyone in snow, and makes a hell of a lot of noise. What Billie and Pete think is happening is that a wintry wall of death is coming for them. Seconds before the impact, Pete grabs his phone and runs away, while Billie clutches the boys, waiting for the end.

Everything is fine, only nothing is fine. Pete returns, nonchalantly orders soup, and downplays the fact that he abandoned his family. This moment haunts them, and as Pete reveals a side of himself that’s craven and selfish, Billie starts to re-evaluate her marriage and her life.

Does this plot description sound familiar? It should, since Downhill is an American remake of the 2014 black comedy Force Majeure. The former film is a pitiless and frequently funny examination of human weakness. The remake tries so very hard to match the original, and only Julia Louis-Dreyfus’ performance is able to give us a glimpse of what an American remake could have achieved. 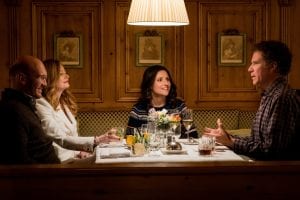 Along with Jesse Armstrong, Faxon and Rash wrote the screenplay, and you can feel them straining for relevant and funny moments. An extended scene where Billie and Pete argue about the event in front of guests is excellent. It takes the darkness of a real moment and pushes it in an absurd direction. While their script charts the fracturing of Billie and Pete’s marriage, it needed more moments like that. It doesn’t help that the end tries to tie off everything in a semisweet bow and does so in truly abrupt fashion. Perhaps worst of all, the script doesn’t have a coherent point of view. Sometimes we’re immersed in Billie’s righteous rage, then we head over to Pete moping around and wasting precious screen time. Why? Just because they’re the main characters, there’s no reason for them to stay together.

If you’re going to see Downhill, see it for Julia Louis-Dreyfus. From her roles in Seinfeld, Veep, and beyond, she’s proven herself to be a skilled performer who can get laughs and tap into real emotions. She’s able to sell the shock and horror of watching her husband abandon her. With equal skill, she sells the entitlement of a kind of affluent American, one who genuinely means well but can’t help themselves when they yell over the most ridiculous circumstances possible. Louis-Dreyfus is a perceptive actor, and I appreciated that she knows when to get silly, when to get angry, and when to show a real sense of loss.

I’m a great admirer of Will Ferrell, and it pains me to say that he’s the main reason Downhill doesn’t work well. Ferrell’s best performances have been when he’s worked with writer/director Adam McKay, and their films Anchorman, Talladega Nights, and Step Brothers have aggressively surreal humor that’s utterly unique. When Ferrell plays jazz flute or trains in racecar driving with a live cougar in the car, he crackles with energy and you can see why he’s a huge star. Yet, he continues to appear in roles like this as a vanilla suburban Dad. As Pete, Ferrell’s shame toward his behavior often looks like a little boy caught stealing cookies who responds by acting out. There needs to be a real feeling of anger toward himself and others to make the role work. I wish there had been a way for Ferrell to have effectively channeled his explosive energy.** 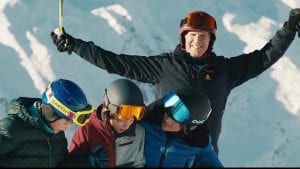 There’s no denying that Downhill is a disappointment. In the end, I suppose it doesn’t matter. The one thing an inferior remake cannot do is diminish the power of the original. With luck, more people will seek out Force Majeure. With luck, American studios will concentrate less on remaking perfectly good foreign films and more on domestic movies that are smart and original. With luck, someone will do something truly heroic and make a big studio comedy with teeth. Where’s a four-leaf clover when you need one?

*For example, there’s a certain stripe of gun owner that just prays for an opportunity to be a hero in an active shooter scenario. These people terrify me.

**He’s not into making movies too much these days, but John Cusack would have killed in this role.

Tim Brennan
Tim has been alarmingly enthusiastic about movies ever since childhood. He grew up in Boulder and, foolishly, left Colorado to study Communications in Washington State. Making matters worse, he moved to Connecticut after meeting his too-good-for-him wife. Drawn by the Rockies and a mild climate, he triumphantly returned and settled down back in Boulder County. He's written numerous screenplays, loves hiking, and embarrassed himself in front of Samuel L. Jackson. True story.
Tagged: DownhillMovie Review
OnRapid City.com is a directory and information guide for Rapid City, South Dakota.
Discover the best of Rapid City shopping, restaurants, night life, breweries, events, business, outdoors, fun, local life, real estate, transportation, jobs, and schools.
Looking for what to do in Rapid City? OnRapid City.com has columnists, and bloggers to keep you up to date on the best of Rapid City, South Dakota.